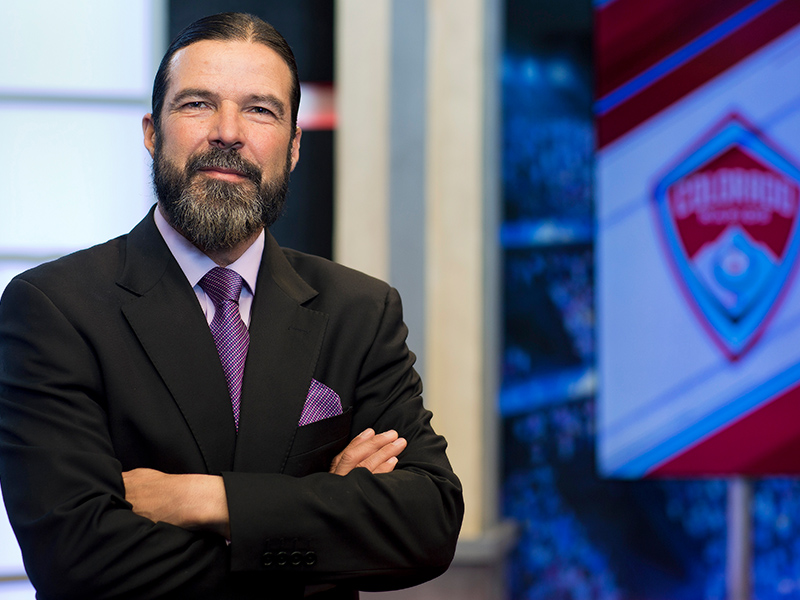 After a stellar playing career, which included three FIFA World Cups and legend status with both the US national side and the Colorado Rapids, Marcelo Balboa swapped soccer boots for the broadcast booth after retiring at the end of the 2002 season. For the past 17 years he has been one of the nation’s most in-demand analysts, and is in his 13th season covering the Rapids for Altitude TV.

The first US international – male or female – to reach 100 appearances for his country, Marcelo’s broadcasting career debuted as a sideline reporter during the 2003 MLS All-Star Game and MLS Cup. Having played in three World Cups, he has since covered three as an analyst (2006, 2010, 2014) in English and Spanish, as well the 2004, 2008 and 2012 Olympic Games, bringing his expertise to both the men’s and women’s matches.

As a player, he scored the first goal in Rapids’ franchise history. His near-miss bicycle kick for the USA against Colombia at the 1994 World Cup is more famous than the one he converted and which was voted MLS Goal of the Year in 2000. In 2005 he was named to the MLS All-Time Best XI and elected to the National Soccer Hall of Fame.