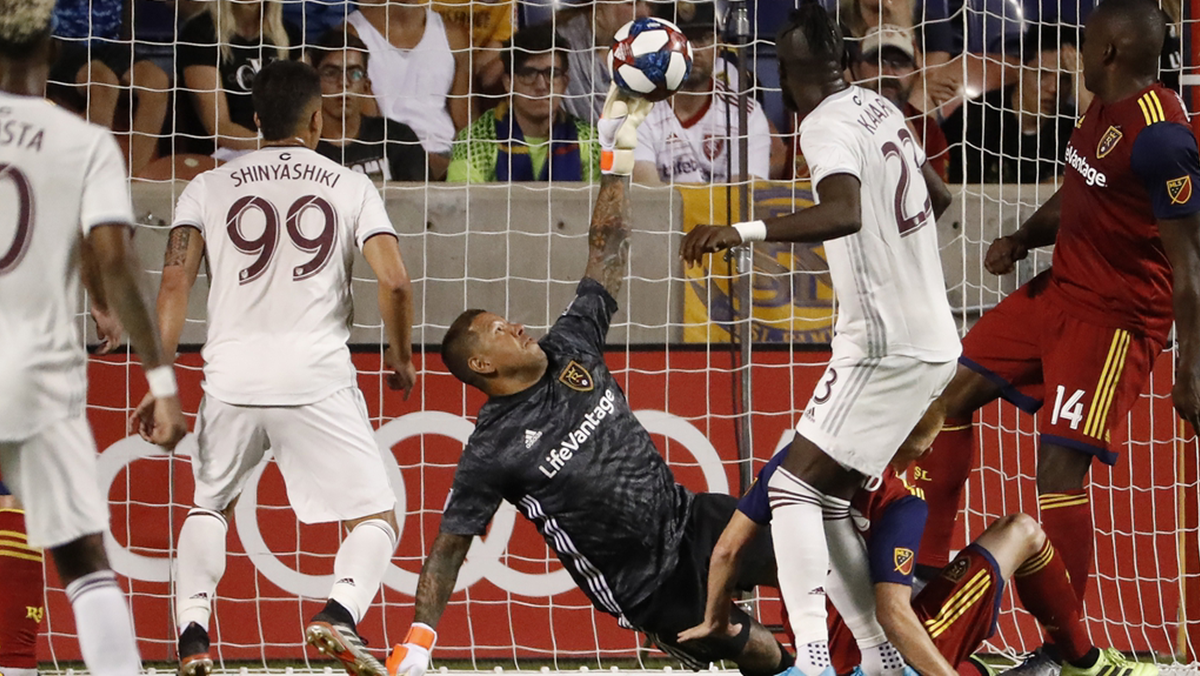 Real Salt Lake were the side to beat the Colorado Rapids, in Orlando on July 12, in game three of the 2020 season, triggering a seven-game winless streak. It’s only fitting, therefore, that the Rapids halt the run at Rio Tinto Stadium on Saturday, writes Richard Fleming.

Since emerging from lockdown, the Rapids have recorded a 0-3-4 run of results, with two of the three reversals coming against Saturday’s opponents. They looked tepid in Orlando in July when losing 2-0, and were exposed late on at home in August as they came unstuck 4-1.

Undoubtedly there will be talk of ‘avenging the most recent loss’ in the lead-up to this weekend’s encounter, and/or ‘there is pride at stake’ as the Rocky Mountain rivals do battle, but if truth be known all that must be secondary in the current situation.

The Rapids have not tasted success in seven games, so whoever the opponents are, and whatever the recent history between the sides may be, these can only be additional incentives to an already growing sense of ‘we just need a win’.

At some point, if you knock on the door long enough and loud enough it should open. You would think.

But that has not been the case in the three most recent contests for Colorado. They have dominated each, and yet have had to settle for three 1-1 results. In two of the games, despite controlling, they even had to come from behind to salvage a share of the spoils.

Using another well-worn sporting cliché, the glass half full kinda guy would argue that ‘with the way the Rapids have been playing, somebody soon is in for a good beating’. That may be so, but the team still managed just the one goal on Wednesday against Houston Dynamo, despite taking 26 shots, which has only been bettered three times in franchise history!

And if you have been monitoring the Rapids in their recent three-game spell, you will be aware of the ‘need to be more clinical in front of goal’. Again, all very true.

The Rapids need not look any further than RSL to keep the faith. This was a side which struggled to score in their first five games, managing only three goals (two of them were against the Rapids), and being shut out three times.

Since returning from Orlando, they have been shut out once but have scored a whopping 13 goals in five games, including four in Commerce City, four in Portland, and three at home to LAFC in midweek.

You can hear the exasperation and frustration in the voices of the Rapids players. I suspect they are tiring of having to answer the same old questions … ‘so what do you need to do to win?’, or ‘what’s it going to take to put away the chances?’. All very valid, but all equally impossible to answer.

Even in the home loss to Real Salt Lake, had Younes Namli’s deflected effort gone in rather than strike the far post, when the Rapids trailed 2-1, you could argue in favor of a different outcome to that game. Again, it’s a sport of inches.

This is a side which is defensively more assured, as mentioned previously, and is creating opportunities at the other end. When it will all fall into place is anybody’s guess, but they dominated both Sporting Kansas City who - until this week - stood alone atop the Western Conference standings, as well as Houston Dynamo, who put five past SKC on the road.

Those of a certain vintage will recall the leader of The A-Team, ‘Hannibal’ Smith beaming at the end of a job well done with the phrase, ‘I love it when a plan comes together’. Let’s hope that after a number of near misses, it all comes together this weekend for the Rapids.

Coverage on Altitude and AltitudeNOW begins at 7pm on Saturday.