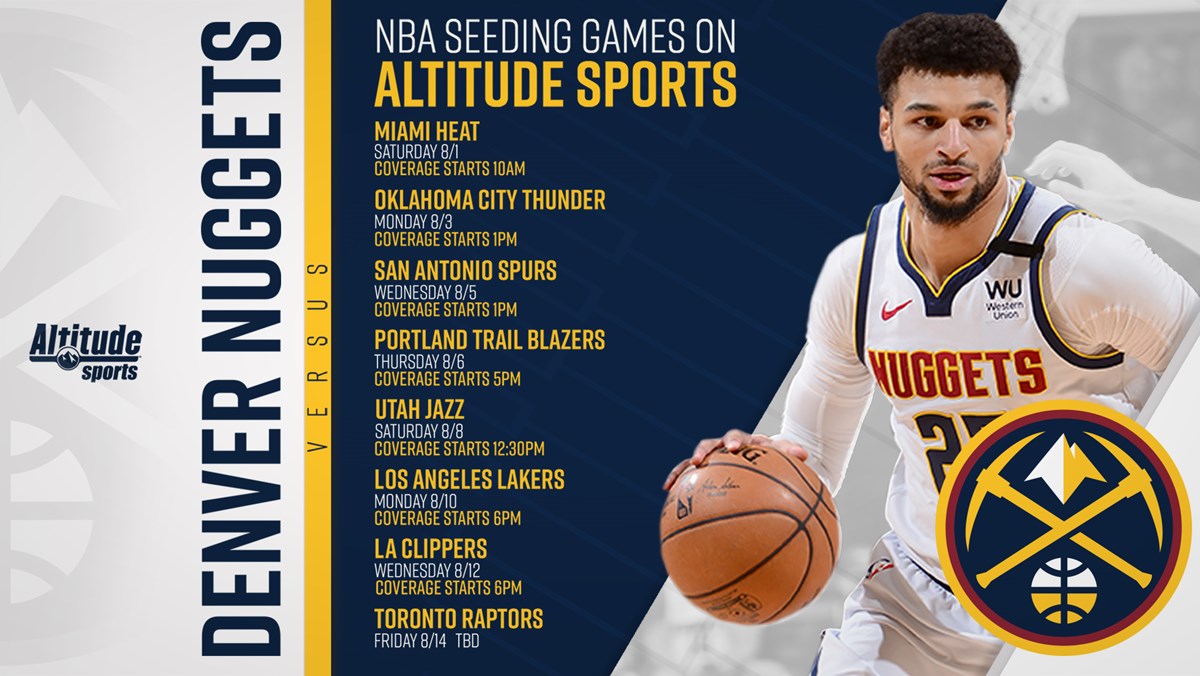 Altitude Sports announced today that it will broadcast all eight seeding games for the resumption of the 2019-20 Denver Nuggets season. Altitude’s coverage begins Saturday, Aug. 1 at 10 a.m. MDT, as the Nuggets take on the Miami Heat.  The 22 teams participating in the season restart will each play eight seeding games between July 30- Aug. 14 to determine playoff seeding. All matchups will be held at the ESPN Wide World of Sports Complex at Walt Disney World Resort in Bay Lake, Florida.

Altitude is currently attempting to negotiate carriage deals with both Comcast and DISH Network. At this time, you can find Altitude available on DIRECTV, Charter Communications and other cable providers in a 10-state region that includes; Colorado, Idaho, Kansas, Montana, Nebraska, New Mexico, Nevada, South Dakota, Wyoming, and Utah. For additional information on cable and satellite providers in your area, visit www.altitudesports.com/channel-finder/.

“We are excited to be televising Nuggets games and making them available for all fans,” said Kenny Miller, EVP & General Manager of Altitude Sports. “However, it is a shame that our fans who are Comcast and DISH Network customers will be unable to watch the award-winning broadcasts and return-to-play of their favorite basketball team.”

Altitude will also air a 30-minute Nuggets Sports Social show that aims to educate and inform viewers about the Denver Nuggets upcoming return-to-play. Programming will provide exclusive content that includes interviews with players, coaches, executives and behind-the-scenes glimpses into the team’s championship quest. The show, hosted by Altitude Sports talent, will air Monday and Thursday’s at 6:30 p.m. MDT.

Chris Marlowe and Scott Hastings will return as the team’s play-by-play announcer and color analyst. Katy Winge and Chris Dempsey round out the broadcast line-up providing sideline reports and analysis. Vic Lombardi, Todd Romero and Bill Hanzlik will continue to provide in-depth nightly coverage on Altitude.