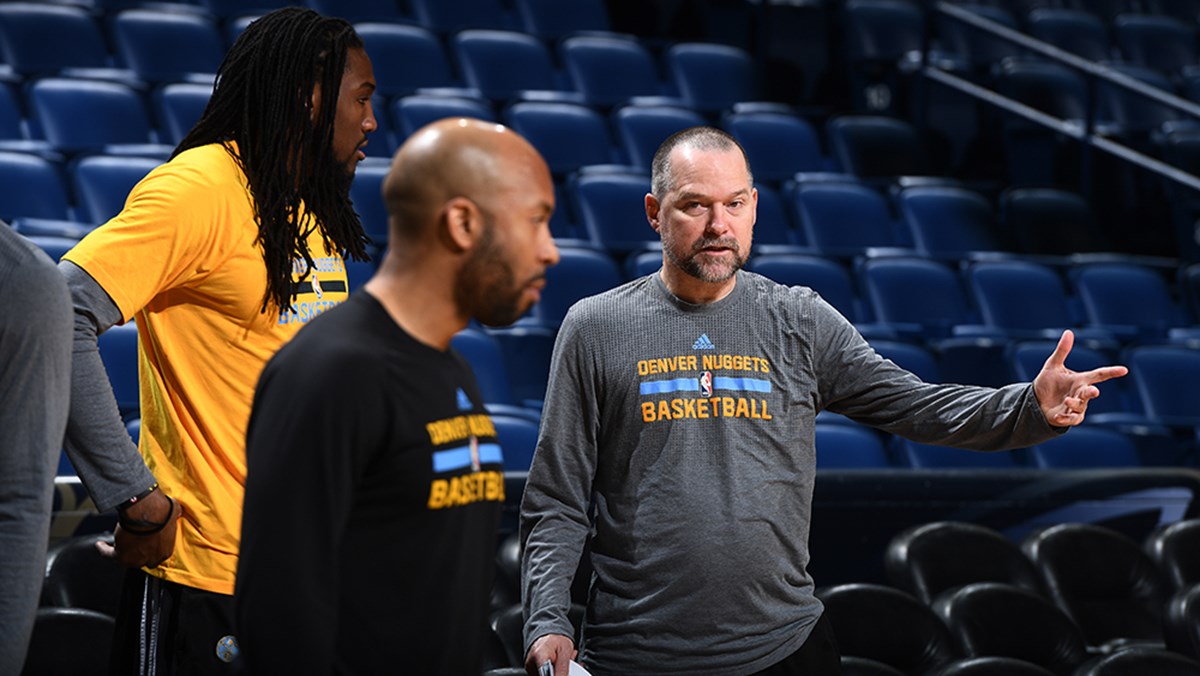 The flaw in the predictions about who will get the primary reserve minutes at power forward for the Nuggets was that we all were thinking too narrowly. Of all of the positions on the court in the NBA, this one has undergone the most change in the last 5-10 years. The player inhabiting the position can be as big and traditional as LaMarcus Aldridge, or as small and new-school as, say, Juancho Hernangomez or Wilson Chandler.

The Nuggets power forward position has one permanent resident – the starter, Paul Millsap. That much is known. Millsap, the team’s prized free agent acquisition, is entrenched there.

Instead of one player being the straightaway reserve, Nuggets coach Michael Malone gave everyone a ton to think about with how he rotated his lineups on Tuesday night in the team’s preseason finale against Oklahoma City.

These were the power forwards that night: Millsap, Wilson Chandler, Juancho Hernangomez and Tyler Lydon. Not Kenneth Faried nor Trey Lyles. Faried did enter the game in the fourth quarter, but he did so at center alongside first Hernangomez, and then rookie Tyler Lydon who were the power forwards. Lyles did not play in the game by design, Malone said.

“(Tuesday night) was hard because they played so much small ball,” Malone said. “So we’re out there playing two true bigs in Paul and Nikola (Jokic) – and they are playing Carmelo (Anthony) at the four. They have one true big, and then they take (center Steven) Adams out and they have all smalls, and we’re trying to play Mason, Paul and Nikola.

“But I think for us, trying to have either Paul or Nikola on the court at all times will be good for us. It will give us a security blanket, a guy that we can play through at all times. And I think Mason off the bench is a guy that is giving us energy, rebounding and defense, and a lob vertical threat when he rolls to the rim.”

So, the Nuggets were trying to accomplish two tasks against OKC. First, was to keep one of the two out of Millsap and Jokic on the court at all times. Second, the Nuggets attempted to match the Thunder by going to a smaller lineup. That’s the reason why Hernangomez and Chandler played so much power forward.

The current NBA is now full of teams playing smaller lineups. If the Nuggets’ plan is to always match, they’ll have to go with Hernangomez, Chandler or Lyles. Other times, they could turn to Faried, who could also spot in at center if need be. What the Nuggets showed is that there aren’t just two players vying for one spot; there are, in fact, are at least four players who could play reserve power forward, and that is a significant development for one reason: This is not an equation that will be solved by the start of the season.

No matter what happens in Salt Lake City on Oct. 18, this position, after Millsap, has the biggest potential to be a platoon situation than any other on the team. The Nuggets will mix-and-match as necessary given the opponent, a player who has a hot hand, a specific situation, etc. And the current crop of players gives Malone the versatility to do pretty much whatever he wants.