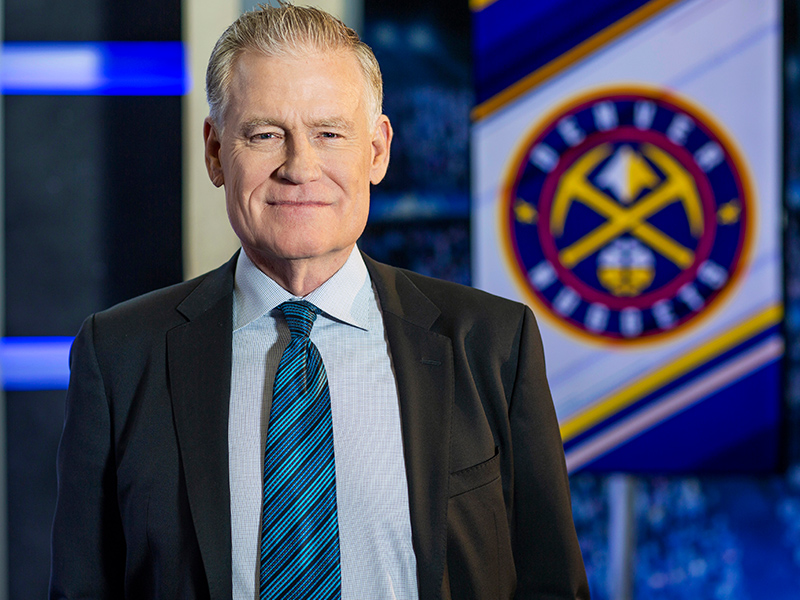 Chris Marlowe begins his 17th year as the television play-by-play voice of the Nuggets on Altitude.Marlowe, is a veteran of eight consecutive Olympic telecasts on NBC, most recently calling beach volleyball at the 2016 Rio games. He is scheduled to call the upcoming games in Tokyo 2021. Prior to coming to Denver, Marlowe called Pac-10 Basketball for FOX Sports Northwest in addition to handling USC Trojan play-by-play duties for FOX Sports West.

Marlowe has called play-by-play for a variety of sports during his career, including basketball, football, soccer, volleyball, boxing, swimming, diving, water polo, gymnastics, cliff diving, poker and the XFL.

Prior to his announcing career, Marlowe excelled in athletics, playing basketball and volleyball at San Diego State University. In 1976 and 1978 he was voted the Most Valuable Player by USA Volleyball. Marlowe’s athletic career culminated as captain of the gold medal-winning U.S. Olympic Volleyball team in 1984. The athletic honors continued with his induction into both the San Diego State Aztec Hall of Fame and the California Beach Volleyball Hall of Fame in 1994.

In the offseason, he resides in Denver, with his wife and two daughters.