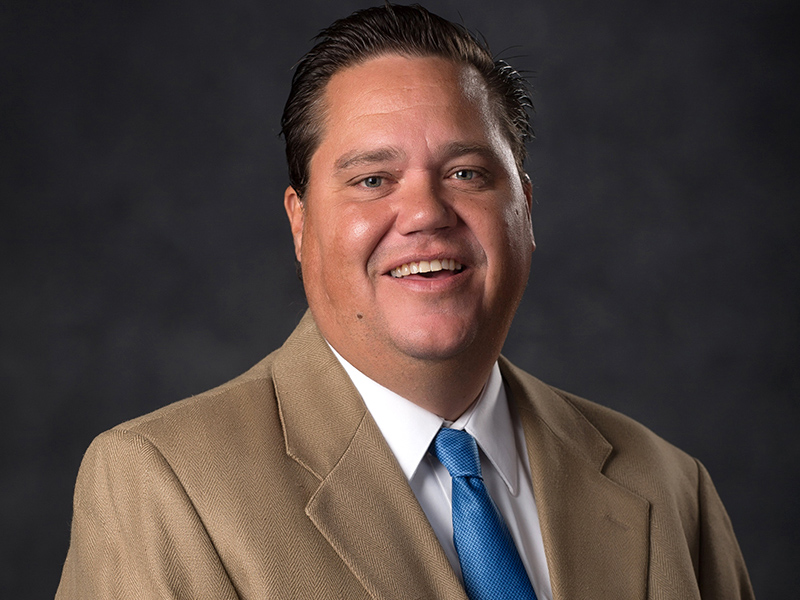 Jason Kosmicki enters his 29th season with Kroenke Sports Enterprises. After serving numerous roles in the radio department, Kosmicki has been the voice of the Denver Nuggets for the last 14 years.

“Koz” moved back to the states at age 11 after spending seven years living in Germany. He relearned the English language and eventually attended the University of Nebraska at Kearney.

While in college, he served as Sports Director of the campus radio station and called play-by-play action for “just about any sport imaginable,” including football, basketball, baseball, wrestling, volleyball, softball, swimming and even the Sigma Tau Gamma fight night (boxing).

His athletic career peaked in high school where he was a four-year letterman in football and basketball and two years in golf. But as Koz is quick to point out: “It’s not that impressive; we had 60 kids in our high school.”

After college, Koz landed radio stints in Eau Claire, WI (where on his first week he did play-by-play for a curling tournament), Minneapolis, Washington D.C., Houston, Corpus Christi and Colorado Springs before making his way to the Denver area.

In his free time, Koz enjoys golfing and fishing at Lake McConaughy. The Nebraska native follows his home state Cornhuskers and resides in Indian Hills. His daughter Jacque graduated CU Denver and recently got married.