PORTLAND, Ore. – There are few secrets between the Nuggets and Trail Blazers. Tuesday night’s game at the Moda Center won’t be played in a fog. The Northwest Division rivals face off four times every season. The added layer of Mason Plumlee and Jusuf Nurkic each facing their former teams adds familiarity into the fray.

The Nuggets know that for them to be successful, slowing down Damian Lillard and C.J. McCollum is paramount. But knowing that and doing it are two different things. Portland is among the best in the league in getting what they want. And what they want most is Lillard and McCollum in space and in the paint.

Like the Nuggets, Portland’s success on offense is based on movement whether it’s in transition or in pick-and-roll. The bulk of what Portland accomplishes on offense is predicated off of screen-roll action. A full 20 percent of their possessions are pick-and-rolls, by far their most-used action, and because of that it’s easy to understand that spot-up shooting is their next-highest action, with 18 percent of their possessions ending with those.

Portland is the best team in the NBA in pick-and-roll ball handler efficiency at 0.953 points per possession according to Synergy stats, and it’s all due to the duo of Lillard and McCollum.

In general, the Trail Blazers do a great job of getting Lillard and McCollum downhill quickly. Screens are set early and higher up the floor, which allows for the extra space to use it and get into the lane. On angle screen-rolls, look for screens to be set at the letters that say “Moda Center” on the court. Coming down the middle of the court, they’ve been known to set them as high as a step or two after crossing half court.

That puts bigs in very tough situations. Players like Myers Leonard and Nurkic are good screeners, so when, say, Lillard is coming off the screen he’s immediately one-on-one with the big. And Lillard attacks. Sink too far and he’ll press to the point where he can pull up for a short jump shot. Get too high and on your toes, and Lillard gets straight to the rim for a layup. All of the same applies to McCollum, although he looks for step back jump shots a little more than Lillard.

The Nuggets must pay attention to things like on missed shots and trots up the court, Lillard will get a quick brush screen as he’s crossing half court and that will lead to a long range 3-point try from him. So his defender has to be ready at all times, and the player guarding the screener has to be up and ready as well.

When Portland has turned the ball over in those circumstances it’s more often than not been because of questionable passing decisions. But teams that jumped the ball on the screen with two players had success as well, and created turnovers. Milwaukee was stellar when John Henson attacked the ball along with the guard on the screen, and then the Bucks’ rotations behind it were precise, cutting off all of the close passing options to force miscues.

Anyone expecting Portland just to feed Nurkic all night long, shouldn’t. Even with Nurkic, Portland isn’t a big post-up team – only four percent of their possessions are post-ups -- and lately they haven’t featured Nurkic in post-ups much at all. They won’t change who they are in a game of this magnitude. Portland will ask Nurkic to get his production within the flow of the system.

This is the biggest game of the season for the Nuggets. If they win, it’s because they handled the pick-and-roll well. 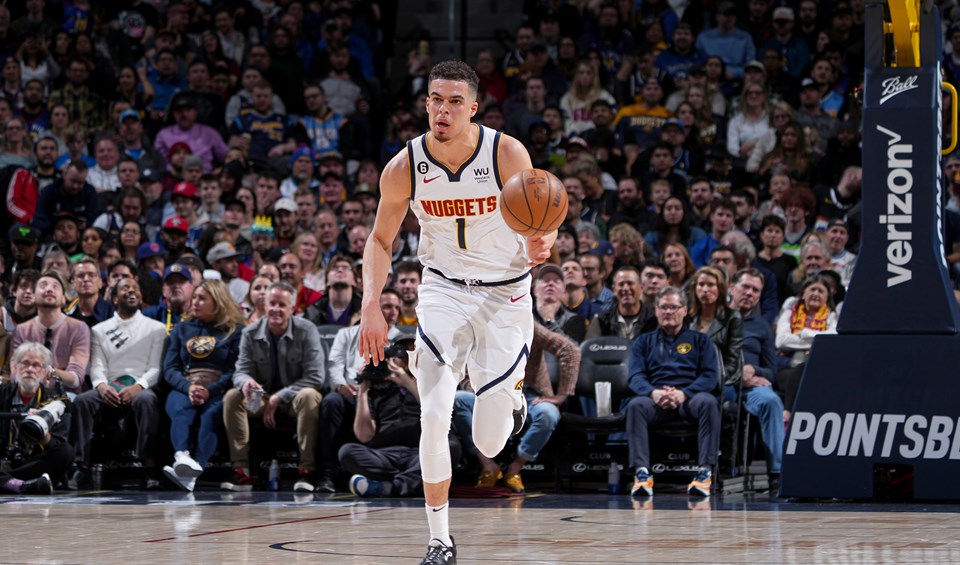