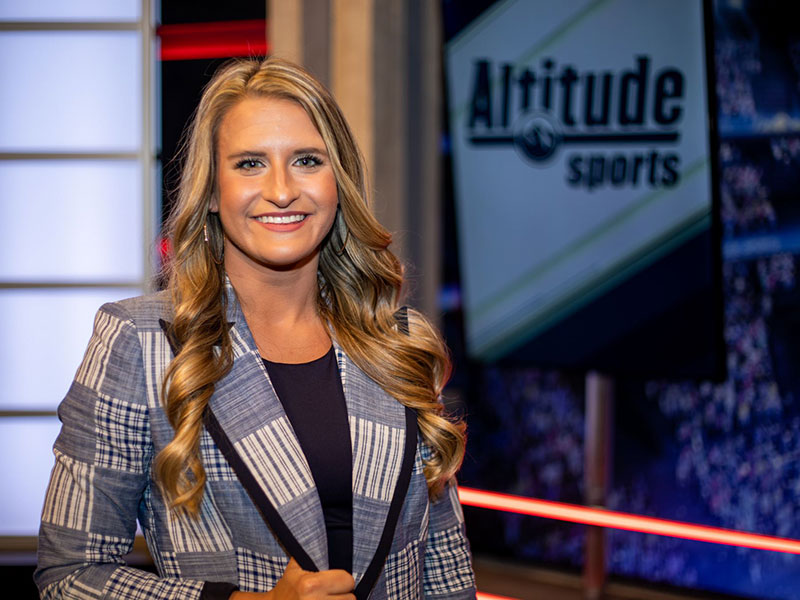 Katie Gaus joins Altitude’s broadcast team as the new reporter/host for Colorado Avalanche broadcasts after spending the last three seasons with the Florida Panthers and Bally Sports Florida where she worked as an in-game reporter and digital host.

In addition to her work in the NHL, Gaus spent the last two seasons working as a color analyst for the Premier Hockey Federation covering women’s hockey. Before making the jump to Panthers, Gaus worked for the United State Hockey League as their Media and Communications Coordinator.

Prior to her time at the USHL, Gaus worked in local broadcast television, most notably as the weekend sports anchor for WICU12, an NBC affiliate station in Erie, PA. Gaus was the first-ever female sports anchor in the market, where she reported live from major events such as the NFL Playoffs and the Stanley Cup Final.

Katie grew up in Pittsburgh, PA surrounded by a large hockey family. She began her playing career at the age of 8 and later played club hockey at SUNY Geneseo where she graduated with a Bachelors in Communication. She then went on to obtain her Masters from the Newhouse School of Communication at Syracuse University.